The Okotoks branch held a small ceremony on September 19 to honour the colonel-in-chief, the ceremonial head, of 16 different military units in this country.

Starting with a colour guard, stories were shared and prayers were spoken to honour Her Majesty’s lifelong commitment to duty and service.

In attendance was Darrel Woods who spoke of that commitment.

"We thank her for her wisdom, guidance and love of peace, for the care with which she served her people, for the example of her gracious life, a life of service for the well-being which this nation has enjoyed during her happy reign."

He adds, "I'm so thankful, personally, to see all the serving members of all different types. From RCMP to Fire; Ex-military to police. We are so thankful for our politicians that serve so faithfully."

Wreaths were laid on behalf of various constituents of the legion as well as governments local and federal.

The event concluded with members of the legion and residents singing God Save the King. 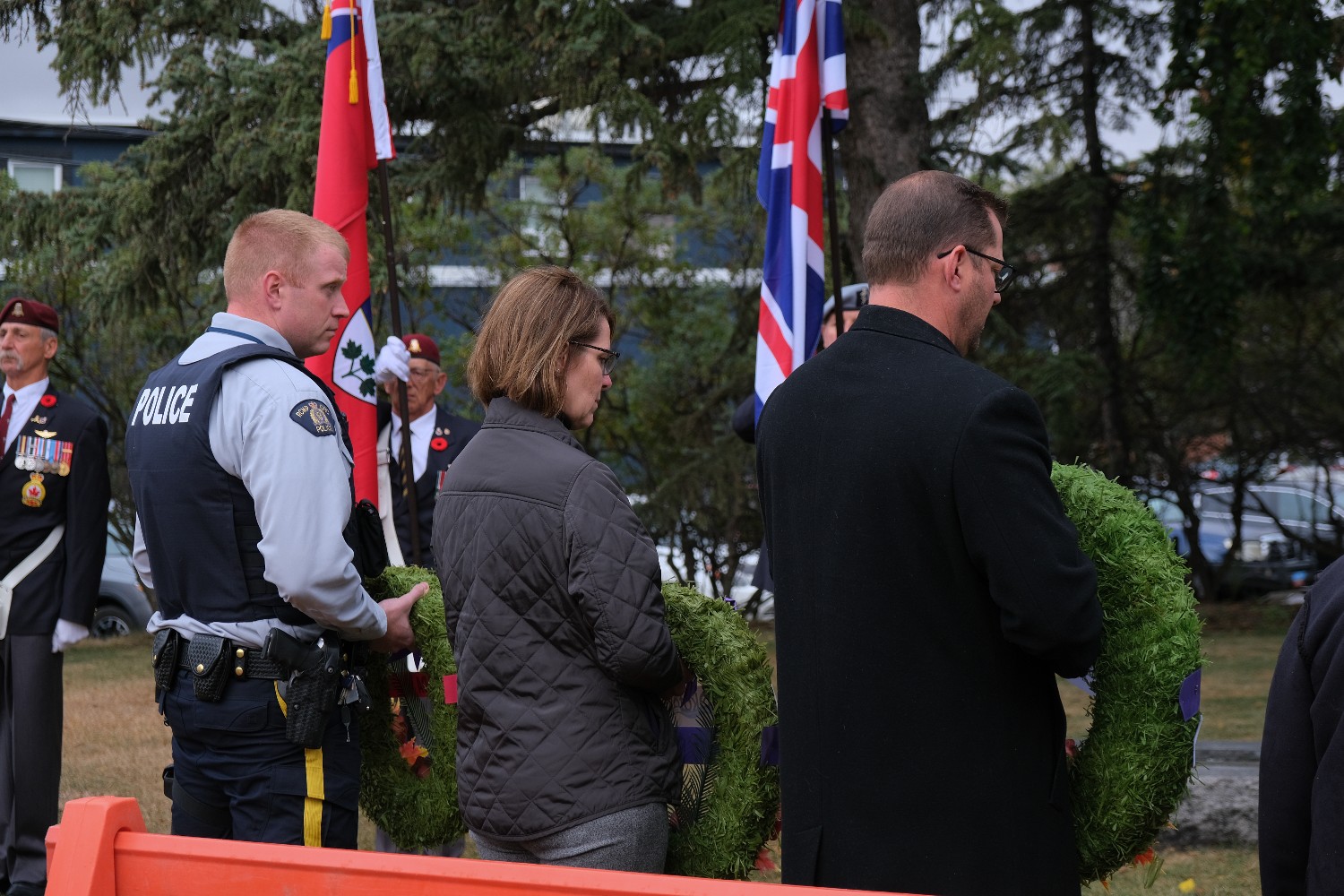 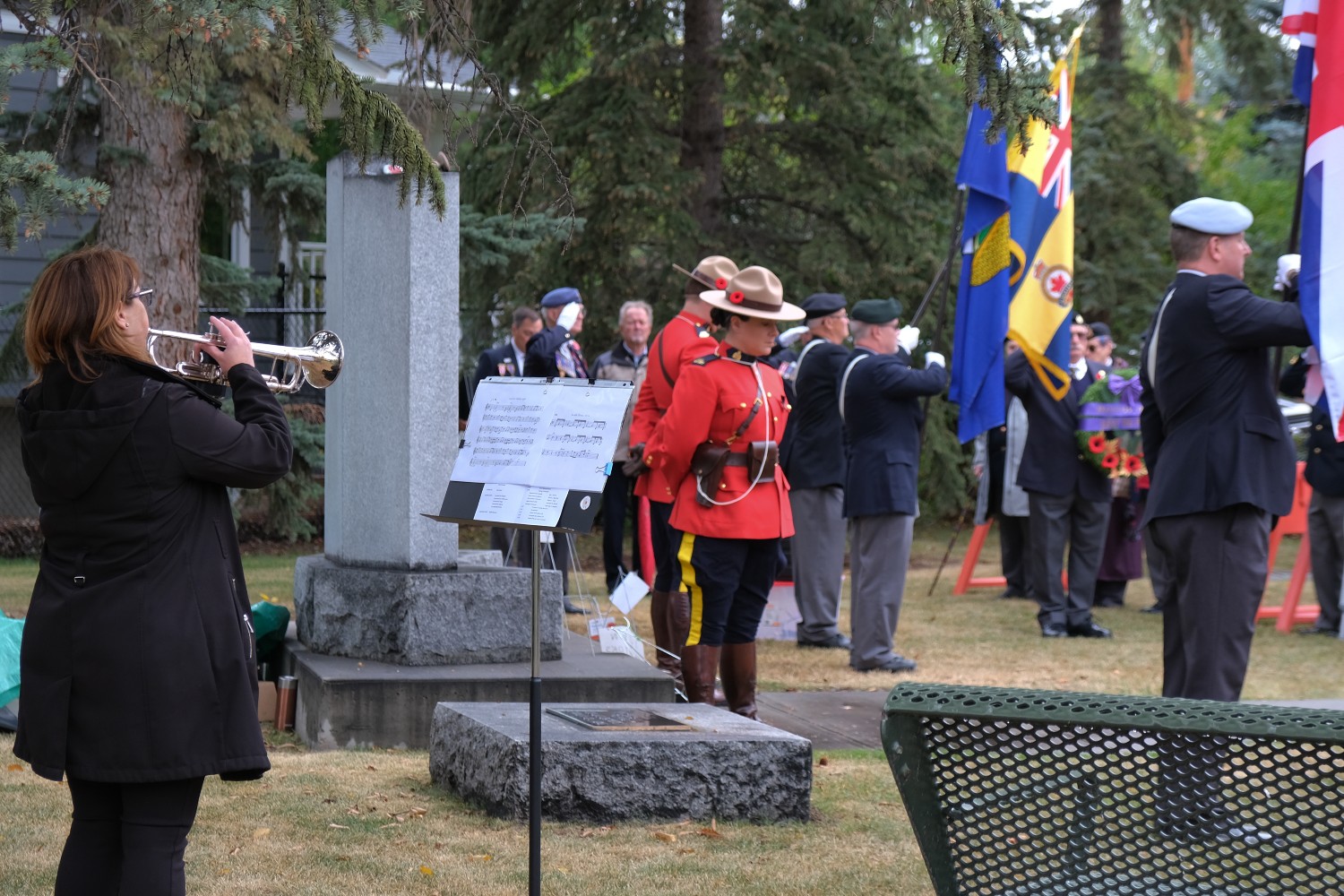 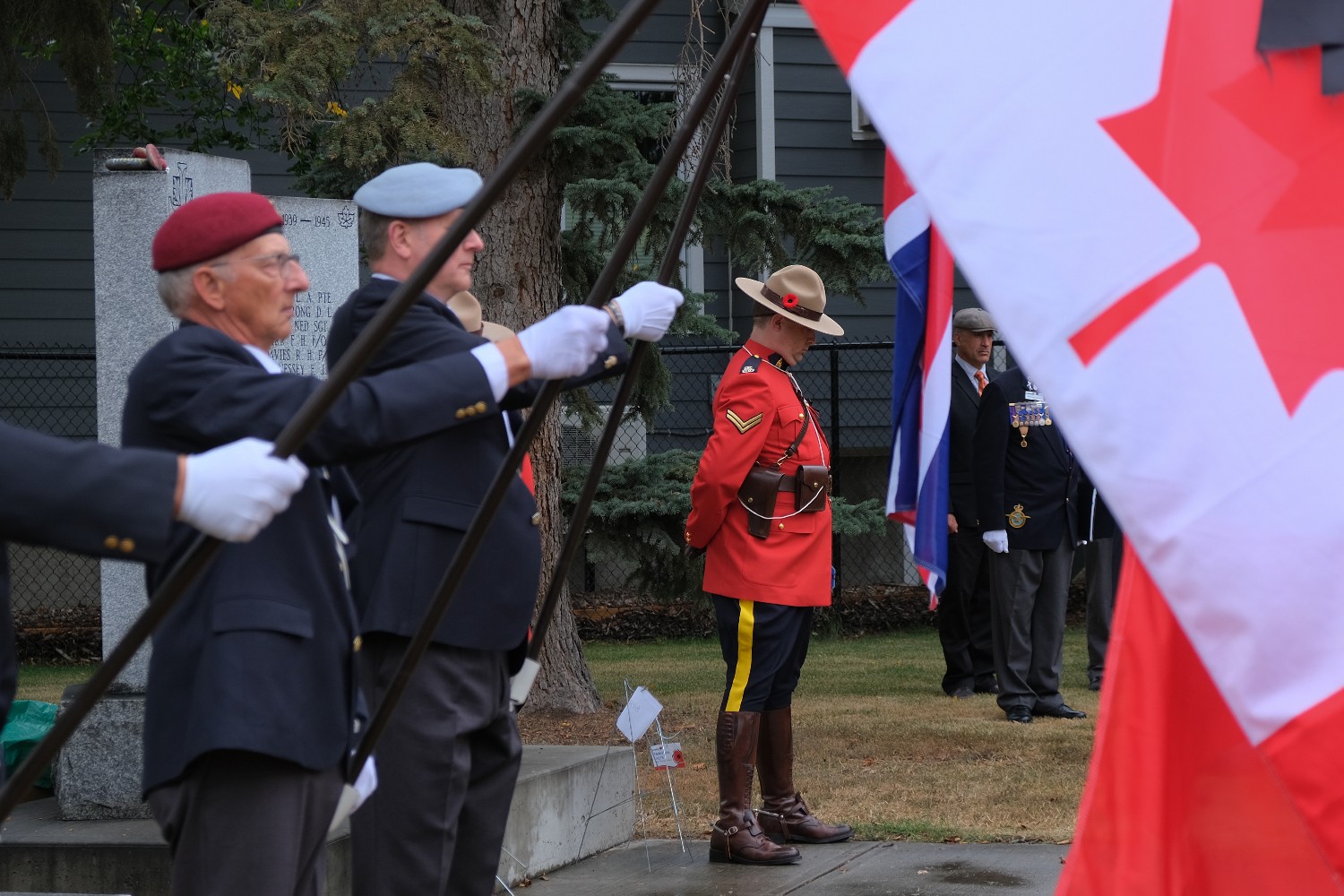 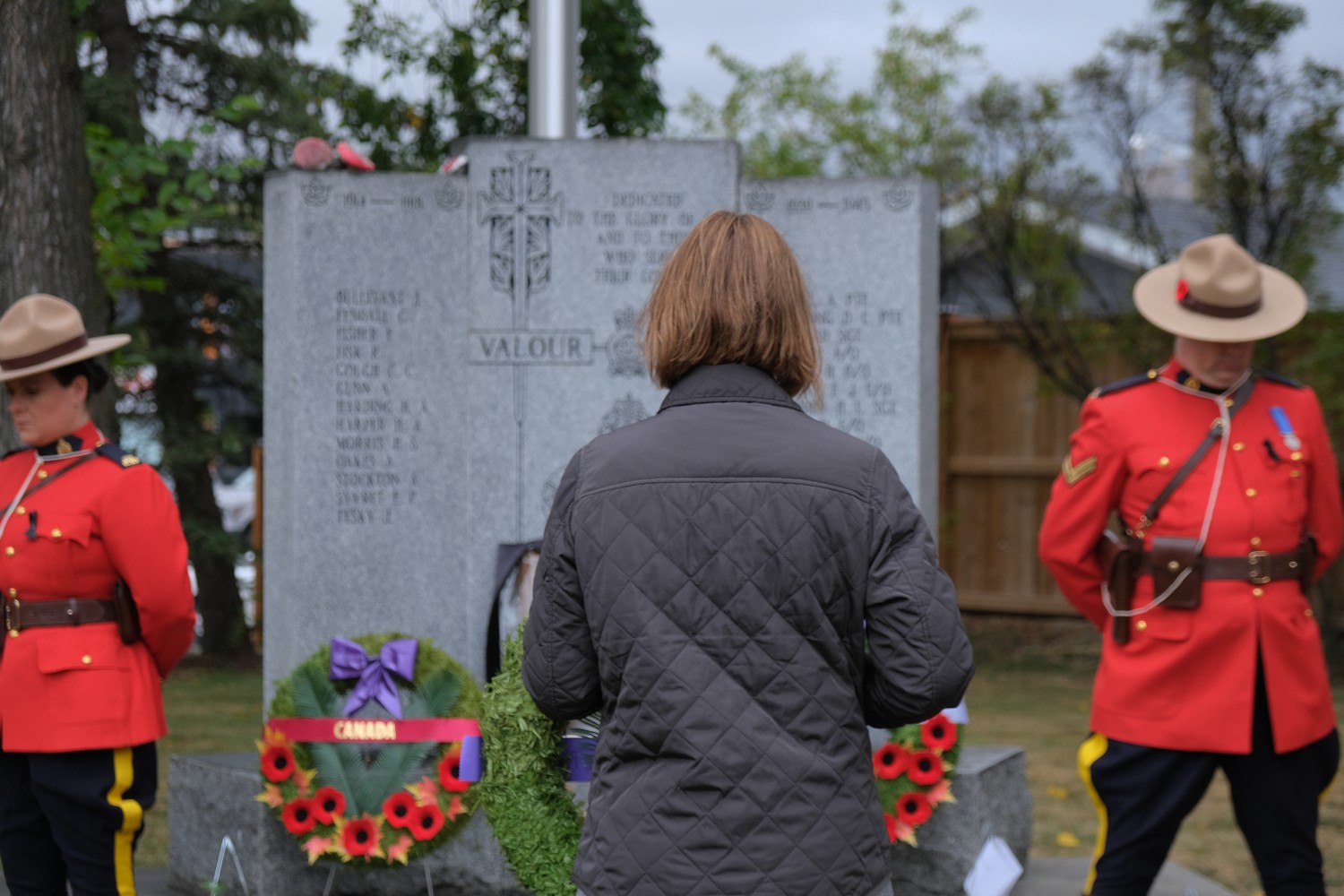 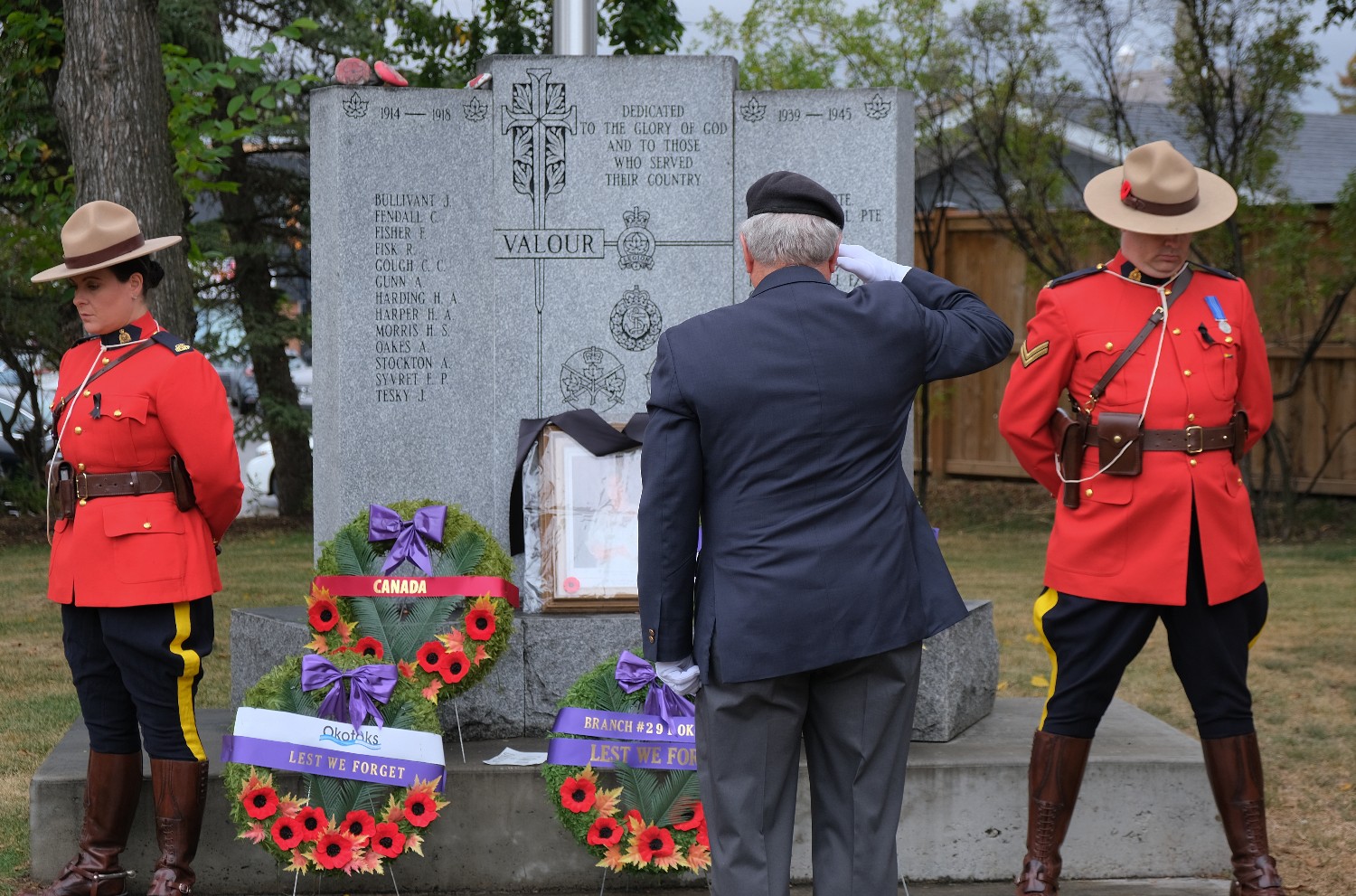 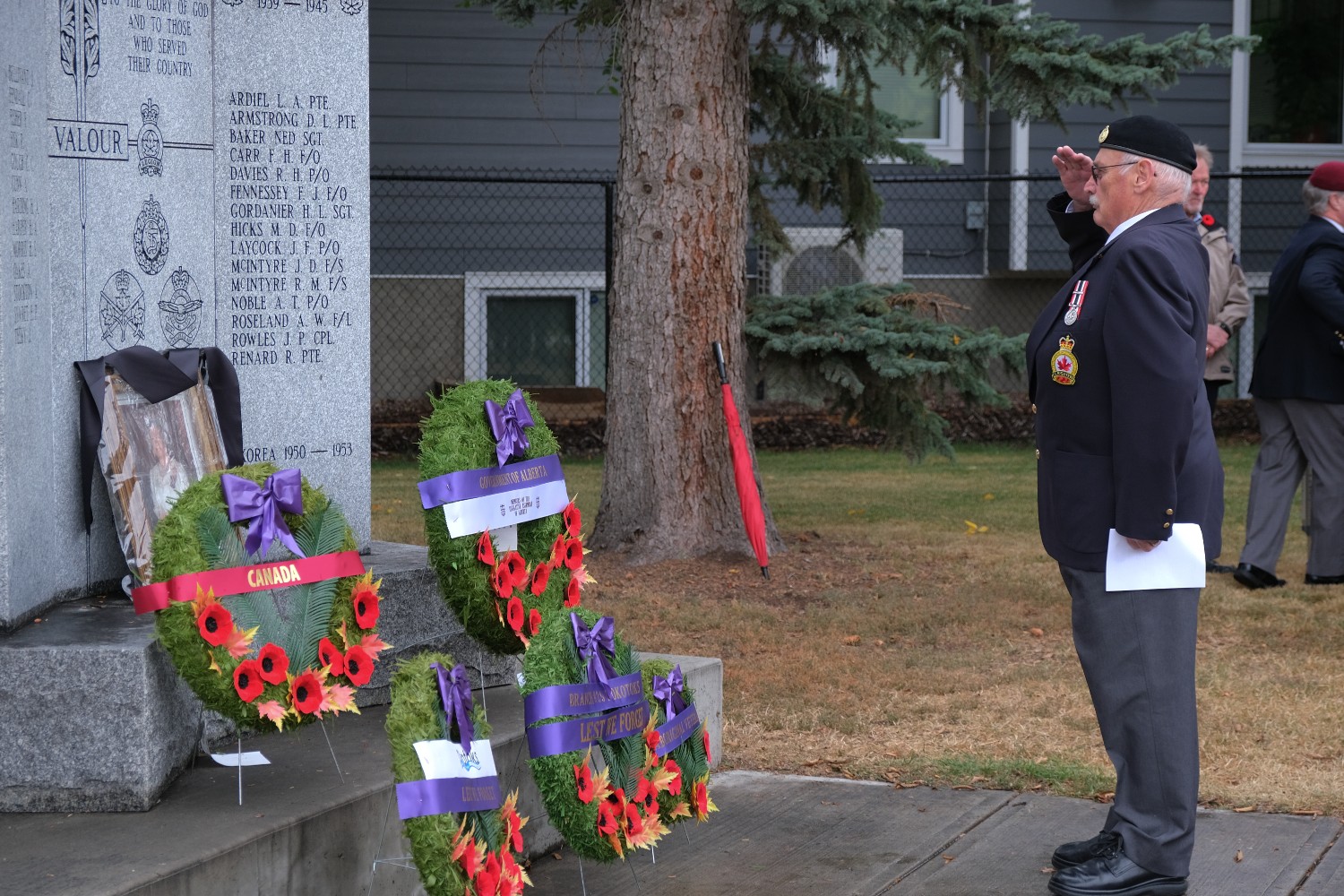 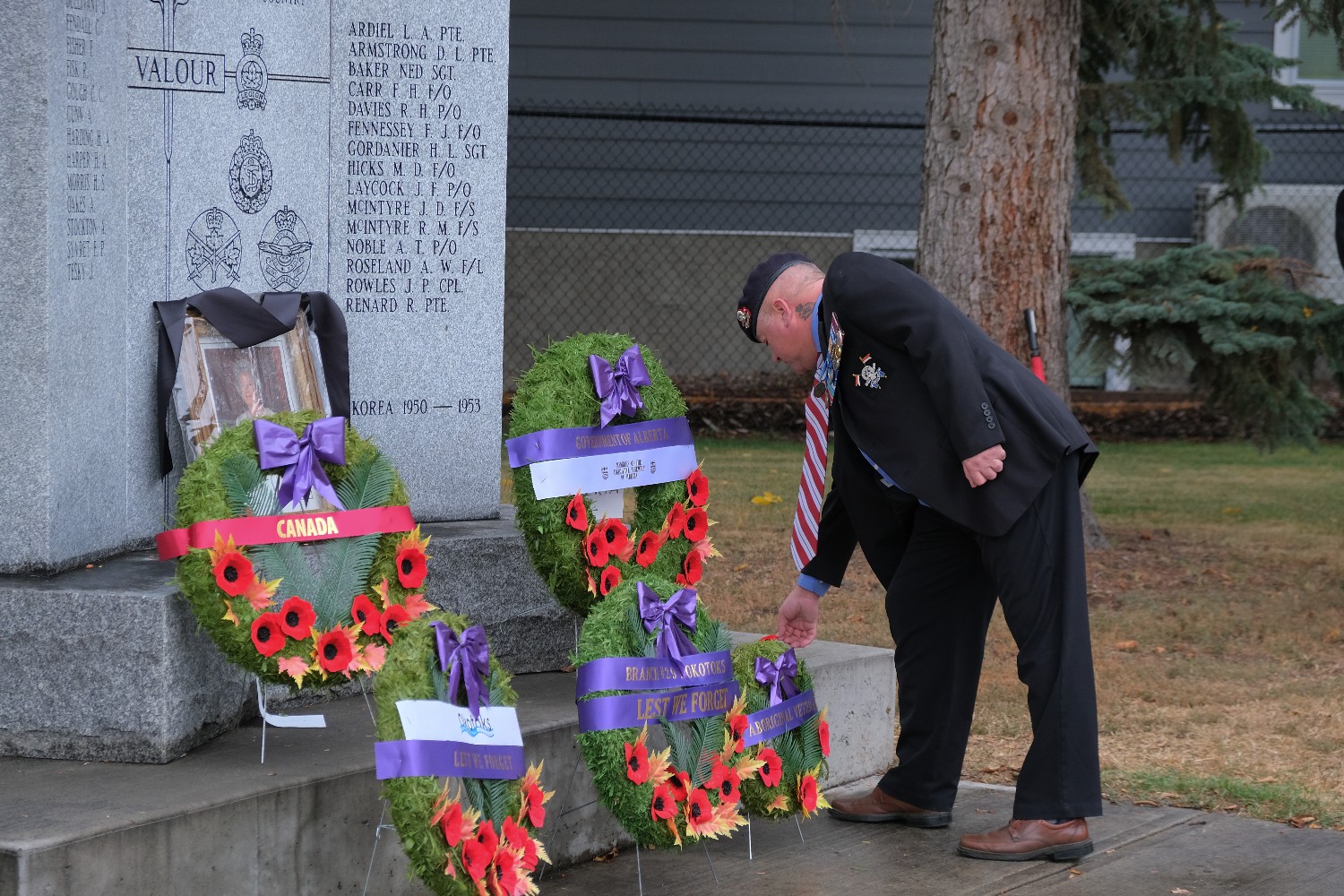 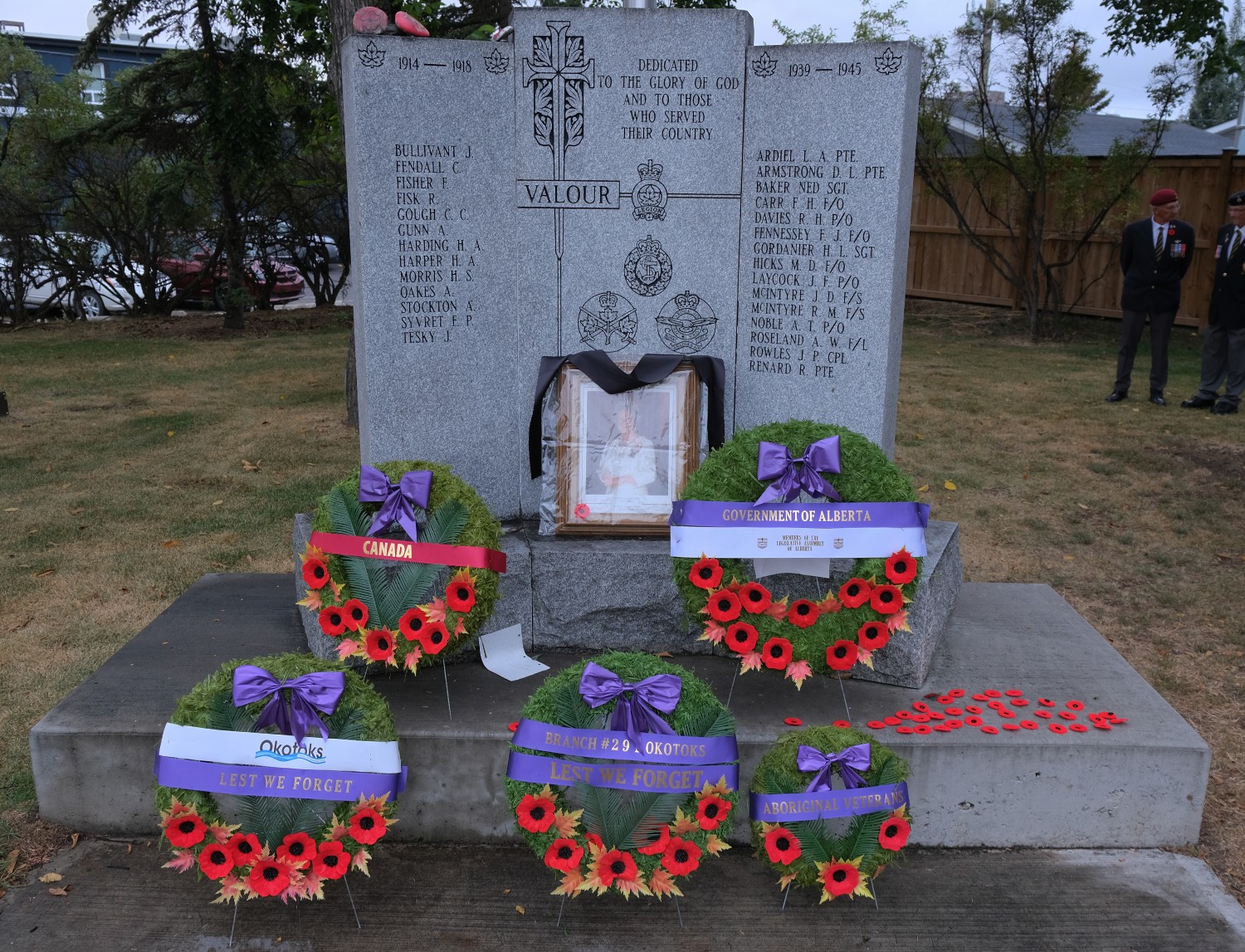 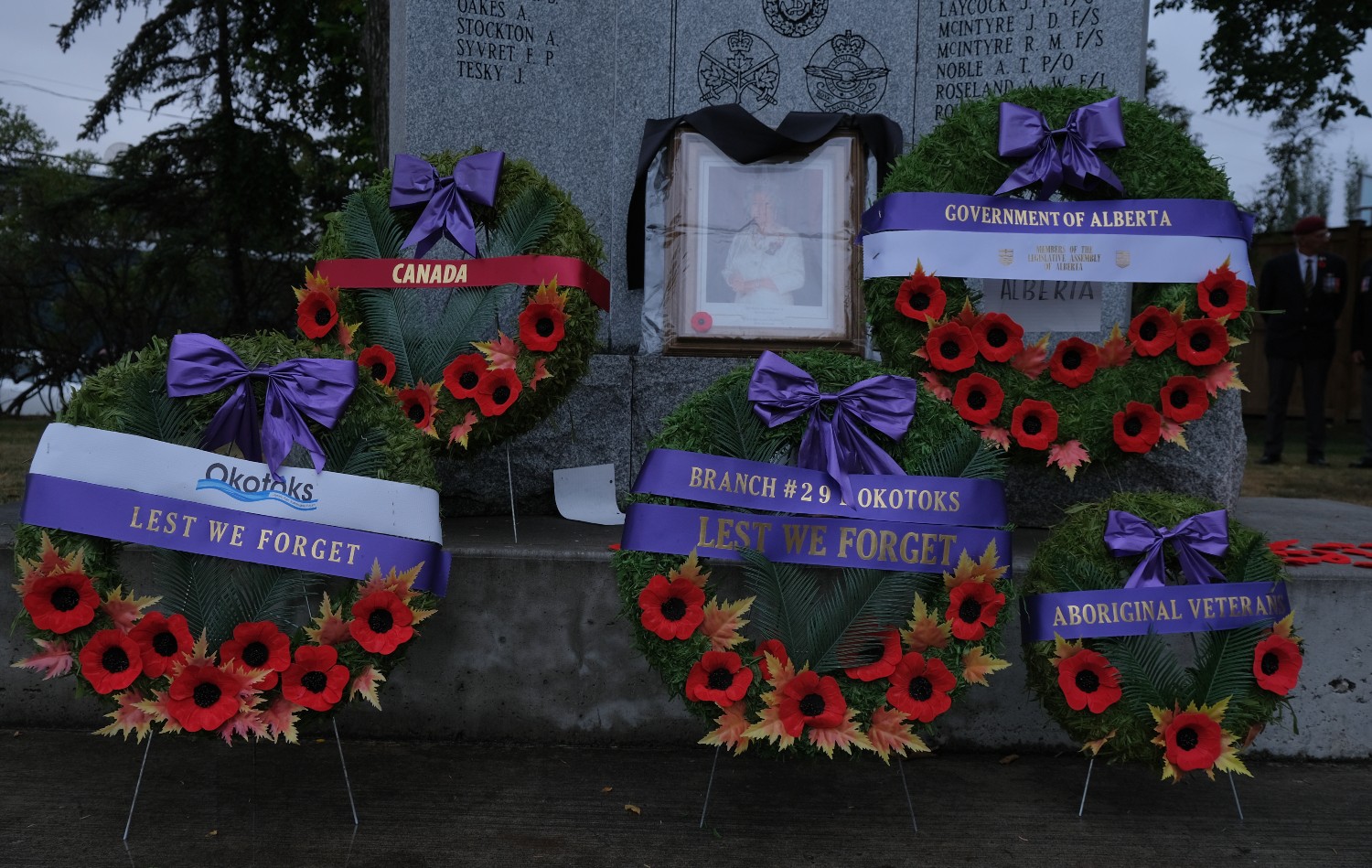 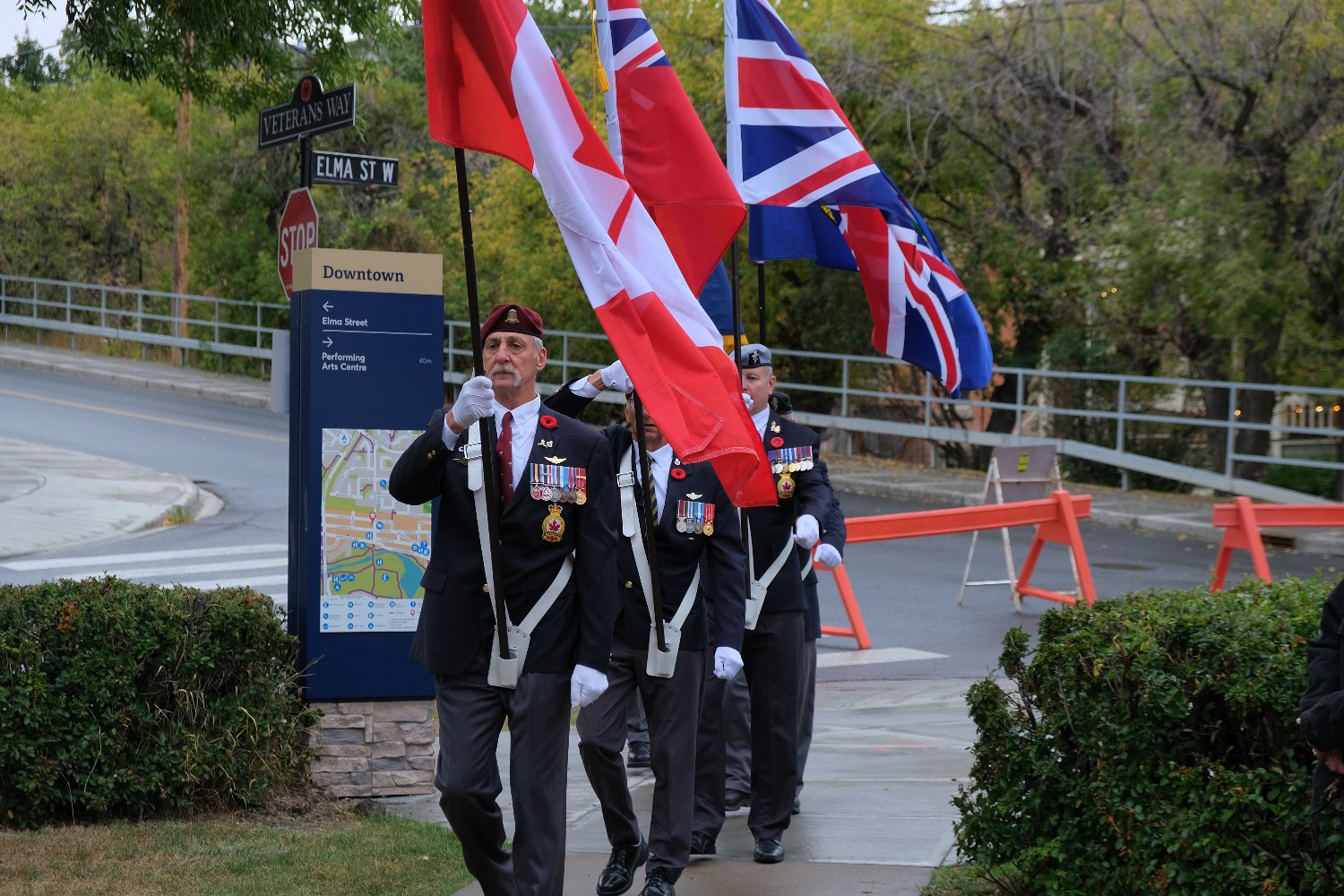 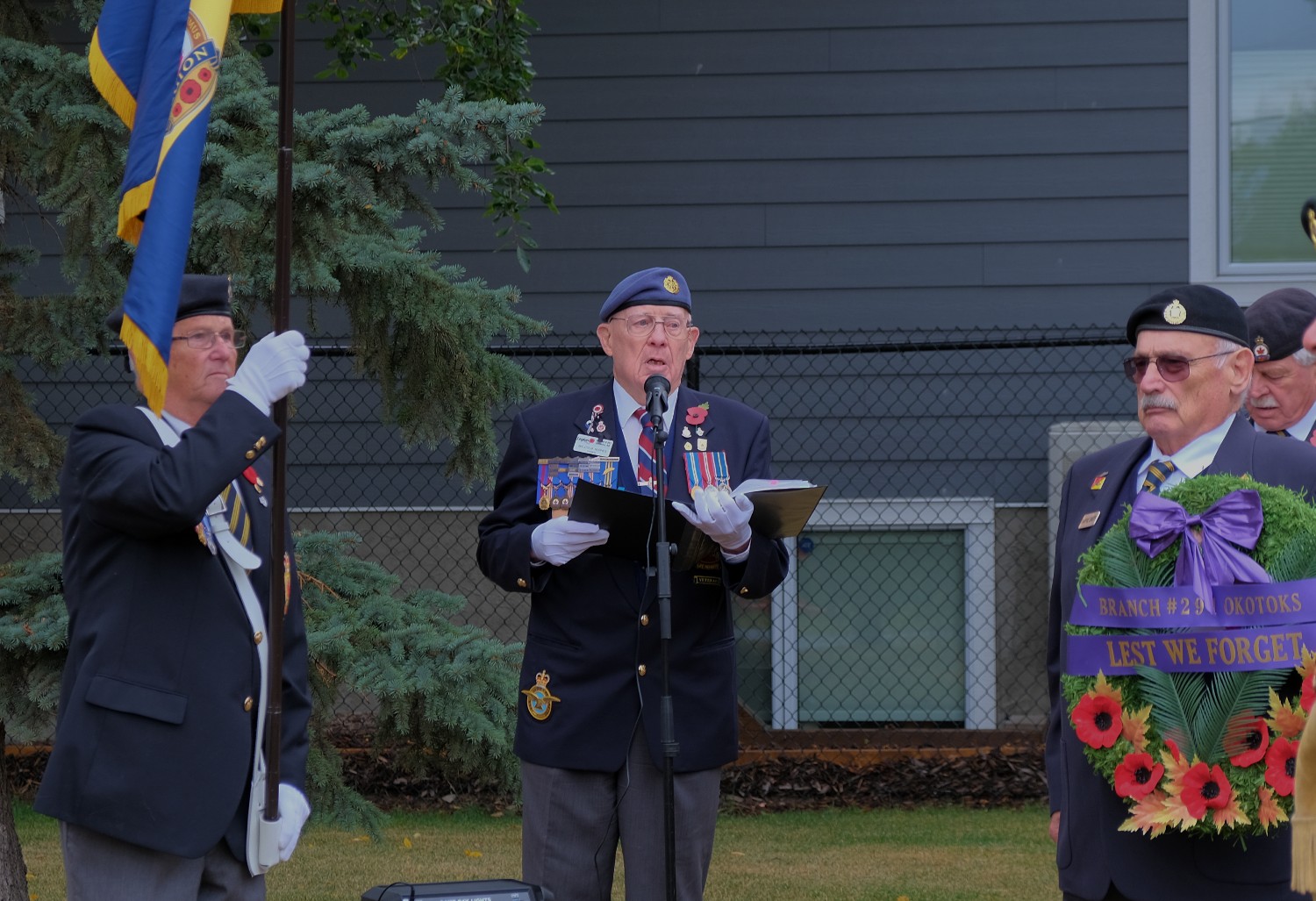 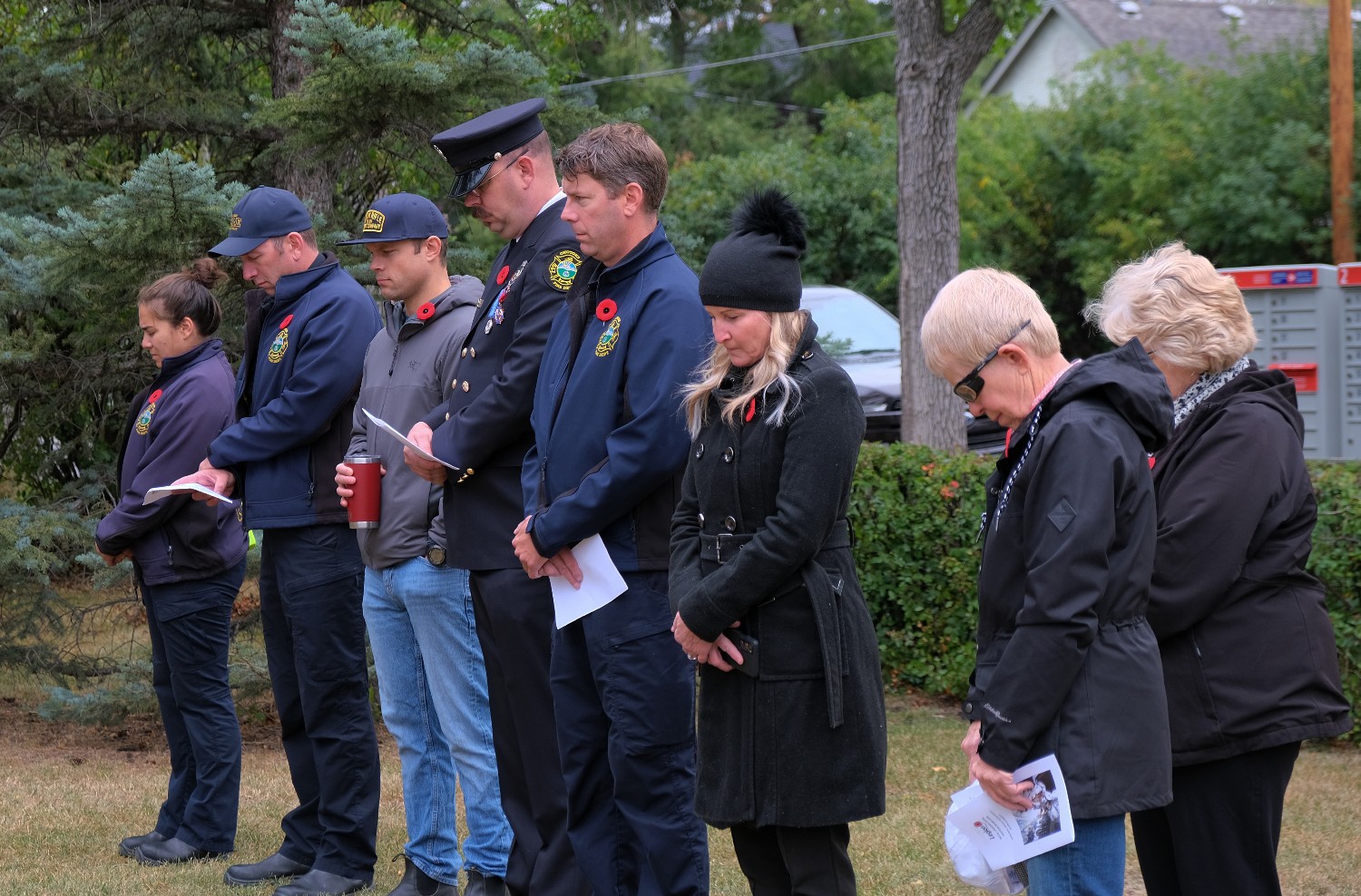 Teens suspected of robbing people while out walking at night

GALLERY: Okotoks comes together for Reconciliation

Samaritan's Purse on the ground in Atlantic Canada

GALLERY: Okotoks comes together for Reconciliation

The gig is up: Alberta Premier Jason Kenney set to step down from top job

Canadians reflect about residential schools on Truth and Reconciliation Day

Exhibition | Night Lights: The Wonder of the Northern Lights

Get Together, Speak English